Stuttgart / Portland / Blacksburg – Daimler Truck and Torc Robotics announce a change in leadership at Torc that will usher in the next era of growth, product commercialization, and customer focus. Effective October 1, Dr. Peter Vaughan Schmidt, currently head of Daimler Truck’s Autonomous Technology Group, will succeed Michael Fleming (43) as chief executive officer of Torc Robotics, an independent subsidiary of Daimler Truck. Fleming will retain a seat on the Torc Board of Directors and remain engaged as a key advisor. This change in leadership is a natural transition in Torc’s evolution as a company since 2019, when Daimler invested into the company.

Martin Daum, Chairman of the Board of Management of Daimler Truck: “I would like to extend my heartfelt thanks to Michael Fleming. His achievements for our company and for our industry as a whole cannot be overstated. He is a true pioneer and visionary who paved the way for autonomous driving, founding Torc Robotics 17 years ago. Torc has been part of the Daimler Truck family since 2019 and, with Michael at the helm, has successfully further developed its software solution for autonomous driving and adapted it to our Freightliner trucks. As a consultant and Member of Torc’s Board of Directors, Michael Fleming will continue to contribute his expertise and I am very much looking forward to continuing our cooperation. Following the pioneering work in recent years, Torc is now entering the next phase. The aim now is to establish Torc as a global company with four locations, bring autonomous trucking technology to perfection in the next few years, and ultimately to series production. I am very pleased that we have the right personality in Peter Vaughan Schmidt to shape this next phase as CEO of Torc. Peter has been responsible for autonomous driving at Daimler Truck for many years and has been closely supporting Torc since we invested in 2019. He therefore has everything it takes to lead Torc, as an independent company in which Daimler Truck holds a majority stake, into a successful future and to bring the entire potential of autonomous trucks to the road.”

Schmidt has a wealth of experience in the industry, serving Daimler and Daimler Truck in a variety of roles since 2005, including production and plant management, as well as product and platform management. In these roles, he has led large organizations and acquired ample expertise in commercializing products. Since assuming responsibility as Head of Strategy at Daimler Trucks in 2015, Schmidt has been deeply involved in the field of autonomous trucking from developing Daimler Truck’s autonomous strategy to implementing it as Head of the Autonomous Technology Group of Daimler Truck in the past three years. He was a key figure in acquiring Torc Robotics in 2019 and worked closely with Michael Fleming ever since.

After competing as a student for Virginia Tech in the 2004 and 2005 DARPA Grand Challenges, Michael Fleming founded Torc to commercialize self-driving technology. Since then, Fleming has led Torc Robotics as CEO, deploying its technology across the trucking, automotive, transit, mining and defense industries. Following a majority investment by Daimler Truck, Fleming and his team have completely focused Torc on autonomous hub-to-hub trucking. Under his leadership, Torc developed into an autonomous powerhouse and quadrupled in size into a global organization with teams in four locations in the United States and Europe. He pushed development of SAE Level 4 autonomous technology significantly forward by successfully implementing Torc’s software stack on a fleet of heavy-duty vehicles now running daily testing programs out of Torc’s testing facilities. After 17 years, he is now stepping down as CEO of his own volition, following a long held natural transition plan.

Torc continues to be an independent subsidiary of Daimler Truck forming a strong and stable partnership fully committed to commercializing autonomous trucks within this decade. 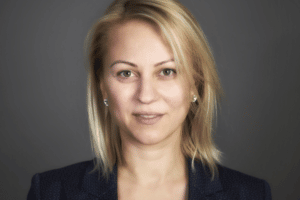 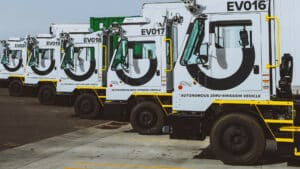 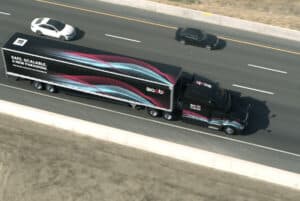